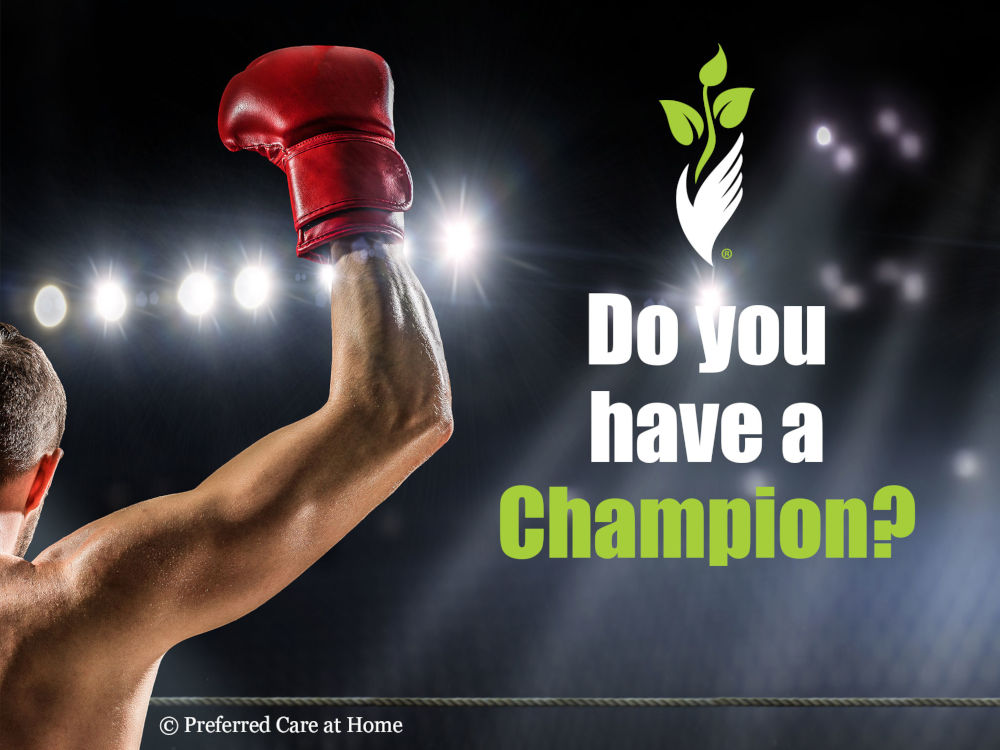 Queen sang about it. Your favorite windbreaker is named after it. It’s what every athlete and competitor strives to be — champion.

But what is a champion? The way it’s used today, it typically means being the best in a sport or competition. And when we think of the word, we usually think of names like Jordan, Federer, and Brady.

But its original meaning was a bit rougher and broader, something closer to the way we use fighter because that is what a champion was – a person who fights for someone else. (think of knights and medieval trials by combat.)

This medieval idea and role of the champion never left us really, and it’s just as important and necessary, even in our modern society.

A common modern champion is an attorney-in-fact (you may be more familiar with the term power of attorney or POA). A POA is a champion who fights on the behalf of another, someone who trusted them enough to name them their champion. This next part is for those who don’t have a POA but still have concerns about who or what controls your financial and/or your medical decisions in a world where you’re not you anymore.

You’ve probably seen this distinction when it comes to POAs. It’s a simple but important distinction, as it defines whether the POA continues or stops in the event of your incapacity or inability to make decisions. So, if Jim authorized Greg to be his agent with a durable POA, and then Jim fell into a coma right after he fell off his roof, then Greg would remain Jim’s agent even though he’s in a coma. This would be different if the POA was non-durable.

A springing POA is one that triggers after a specific event or condition. The condition could be incapacity (like when Jim fell off his roof and into a coma) or it could be another condition like the agent’s POA responsibilities only kicks in when the main person giving the POA leaves the country.

This is as straightforward as it sounds. And it comes down to what extent and kind of scope the person setting up the POA wants. Will the agent be limited to certain tasks and responsibilities? Will it be on-going, or will it be a one-time thing?

As you can see, your POA can be as simple or as complex as you want it to be. Because that is the point. It’s your wishes, your desires, your voice that will be carried to execution by your champion.

So if you believe you have a worthy champion in your life, and you want to make sure your voice and decisions are fought for when you’re not able, you should go ahead and ask them to be your champion now.