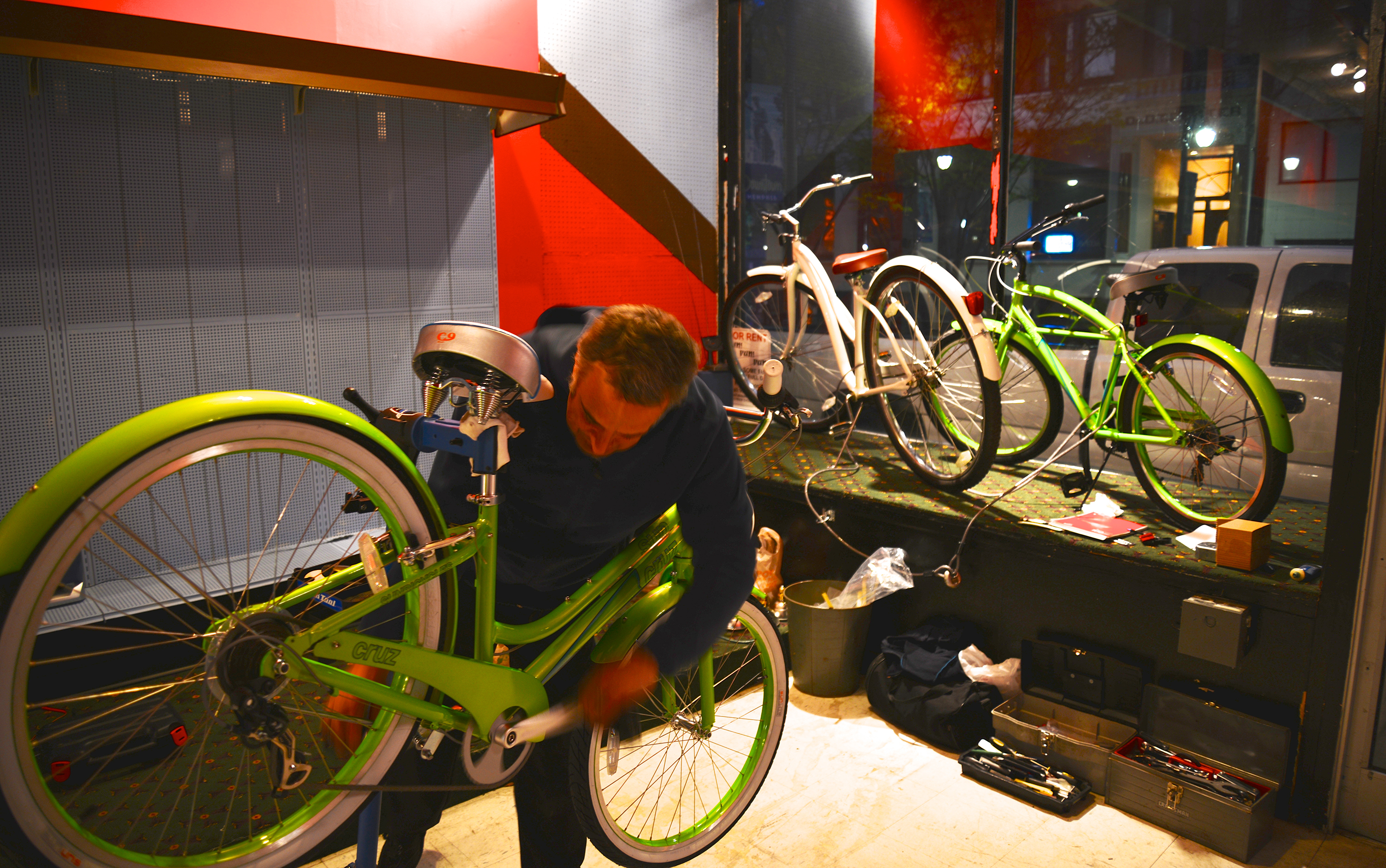 Cycling a Growing Hobby for Seniors

Jordan Emerson hoisted the electric green Suncruiser onto his work stand and grasped for a wrench—just another bike build among dozens this week. A chef by day, Jordan was once again burning the midnight oil away from home and preparing to open his new rental shop, Main Street Bike Rentals, in a most unusual location, the heart of downtown Memphis.

In 2008 there were zero miles of bike lanes in the Bluff City. Now, there are over 50 miles of velo lanes with projects for many more ongoing. So what gives? How did a sleepy Southern city known for pulled pork and pickin’ strings find itself in the same breath as cycling hubs like Portland, San Francisco and New York?

According to Emerson, many seniors began dusting off bikes when fuel prices escalated and discovered their old childhood toy had some serious grown-up benefits:

A lot of people who hadn’t been on a bike in a long time discovered something. You feel like you’re a kid again when you’re on a bicycle. It’s the best way to explore places. You get more of a sense of feel and a sense of space than if you are in a glass enclosure like a car. People are trying to find creative ways to stay fit and bicycling is easy, it’s rewarding, and it’s fun.

But it’s not just Memphis getting in on the act. Cities from coast to coast are in on the fun.  Now, don’t go thinking that cycling is just for young adults! There are plenty of affordable bikes that you can take home, and they’re made just for the more fall-averse among us.

Tricycles work very good, they’re fun to ride. You never have to worry about pushing off to start. A lot of people are intimidated by riding bikes. They’re afraid they’re going to get hurt. If they pick a good spot where there’s already a dedicated bike path they won’t have to worry about traffic, signals, etc.

As Emerson mentioned, the hugely popular tricycle is probably not much like the one you remember from your childhood. New versions come with comfortable seats and multiple gears. They can also haul some serious butt. Check out TerraTrikes to get an idea of what a grown-up trike looks like.

Not your average Radio Flyer is it?

If a two-wheeler is more your style, there are plenty of true bicycles with features for older adults. Models like the Sun Streamway have a very low step-through frame which allows you to hop on without bending too much. Online shops like Villy Custom allow you to create your own bicycle for an affordable cost. You can even get a set of truly retro white wall tires.

Cycling is a low impact, therapeutic workout. Best of all, it’s a sport you can enjoy with almost anyone in your family.

If you’re on the fence about exercise, take a lesson from Memphis—get hip, get fit, and get a bike.

*As always, talk to your doctor before starting a new exercise, and don’t forget safety! .