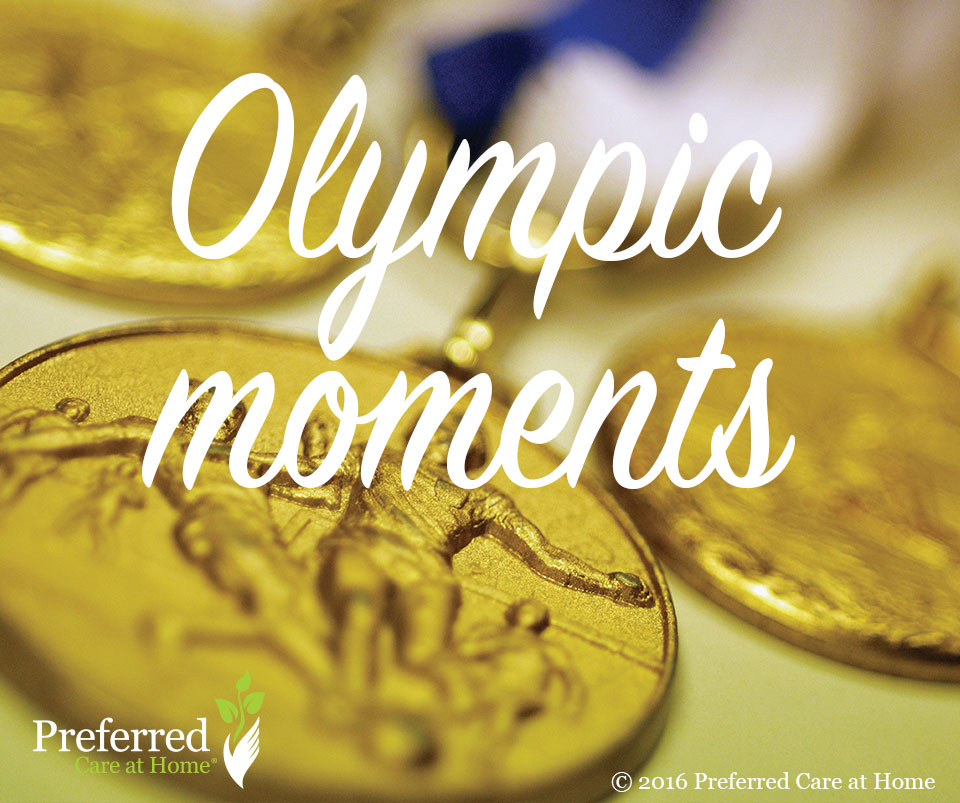 The 2016 Rio Olympics are in full swing and I am loving every minute of it. For two weeks I cheer on American athletes in sports I would never normally watch, cycling, rowing, volleyball, swimming, becoming absorbed in their race for a medal. The stories of the athletes are inspiring, emotional, and filled with challenges and triumphs. But my favorite moment is when an athlete realizes they have won. Hours and hours and years and years of blood, sweat, and tears reaches its fruition. It’s a beautiful, inspiring, and often emotional moment. Winning looks different for each person and doesn’t necessarily mean taking home the gold.

I could go on and on with Olympic moments that bring tears to my eyes and capture the human spirit. The human spirit is an amazing thing, it manifests itself in many different ways, and the Olympics sets a huge stage. But, in reality, we encounter “Olympic moments” in our everyday life we simply don’t acknowledge the moment in the same way. The other day I found out a friend’s husband is battling cancer, in the midst of the challenges and fear, she posted a picture of a double rainbow, a picture of hope in the midst of the storm.

Olympic moments surround us–we just need to look for them. It isn’t about winning the gold, it’s acknowledging the journey, celebrating the achievement, and living in the moment.

Soon the Olympics will be over and all too quickly these stories will fade from our minds. At Preferred Care at Home, we have the distinct pleasure of experiencing and celebrating “Olympic moments” every day with seniors and families we care for. Sometimes its new therapy victories, or bearing witness to current struggles, or simply listening well. While these ordinary events may not seem comparable to taking home a gold medal, they celebrate the human spirit. So, this Olympic season and always let’s intentionally celebrate life, dignity, and independence.

What are your favorite Olympic moments?