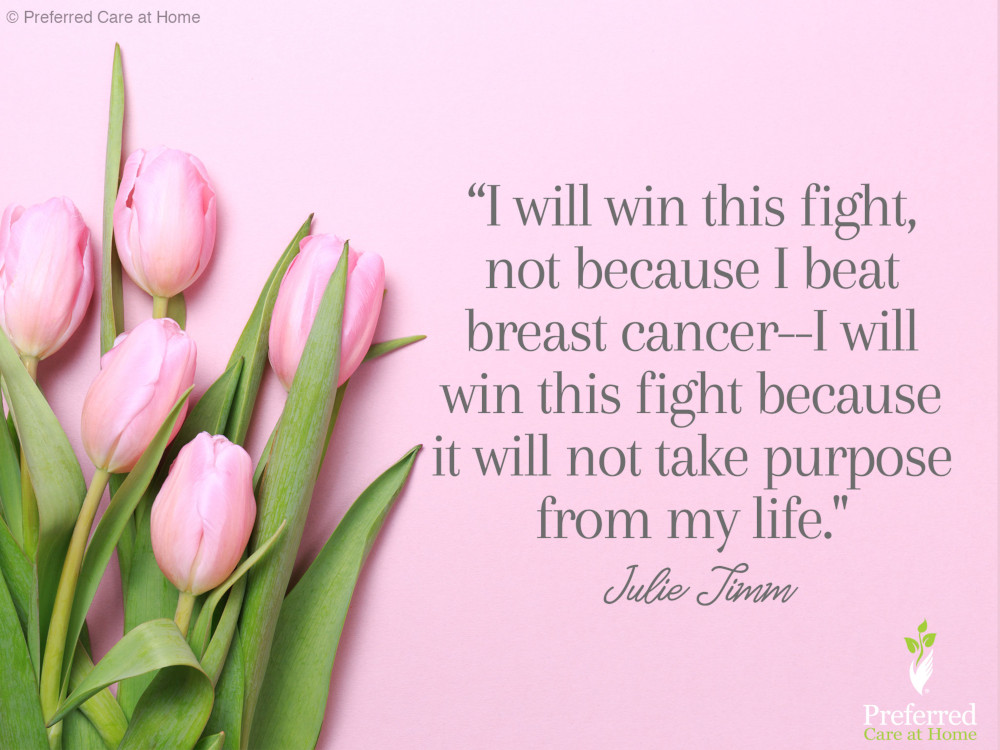 I Resolved to Thrive: My Metastatic Breast Cancer Story

Since 1985, October has been deemed “Breast Cancer Awareness Month”. More recently, a day has been designated as “Metastatic Breast Cancer Awareness Day”.  I was diagnosed with Stage IV Metastatic Breast Cancer in the fall of 2016. I’ve been told that my illness is not curable. I’ve been told that my life would end in three to five years.  I have shocked my oncologists with my fight against cancer. As I’ve battled this disease, I’ve realized the importance of education regarding the disease as it has ravaged my life, my body, and my family. In honor of this month, the following is my breast cancer story. I would also like to share with you some myths associated with the disease in honor of educating others about this disease 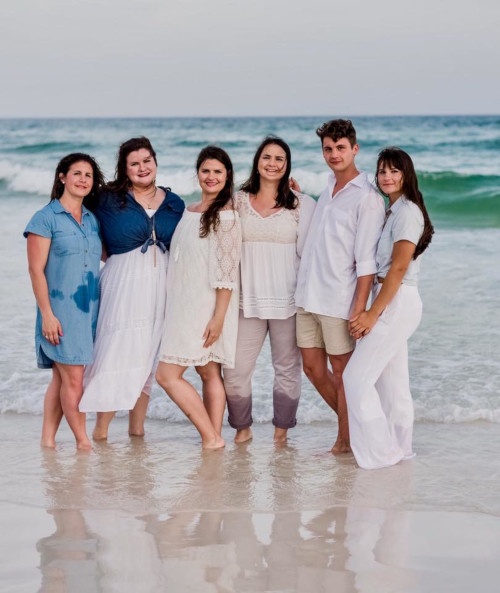 My cancer story began in 1997, when I was diagnosed with breast cancer at 39 years of age. Our children were 14, 12, 8, 5, 2 ½ and 1. I discovered a breast lump while breastfeeding our youngest child. A biopsy, breast cancer diagnosis, double mastectomy (breast removal) and six rounds of IV chemotherapy quickly followed, along with losing all my hair. For the next 19 years, I celebrated being a breast cancer survivor every “Pinktober”. My greatest heart’s desire and prayer was that I would live to see my precious children reach adulthood and hopefully beyond. My five-year-old daughter Katherine asked me “will you be here for my wedding” and I told her “yes”. I was determined to survive and resolved to thrive.

Fast forward to the fall of 2016. In preparation for a hysterectomy, scans were done before surgery. The scans disturbingly presented something on my bones that did not belong there. A bone biopsy was done to determine what it was. Shockingly, after almost 20 years, it was found that I had Metastatic Breast Cancer which had spread to my bones. After a second series of chemotherapy and losing all of my hair (AGAIN), I now take monthly injections that, hopefully, will help the cancer that has moved into my bones remain stable. Every three months, my body is scanned to determine if the cancer has progressed into my brain, lungs, other organs or further into my bones.It seems that I have had a crash course in Metastatic Breast Cancer (MBC) these past 2 ½ years. Many things I initially thought to be true about MBC I have discovered are myths. Today, I would like to share nine of these myths.*

Whether MBC is someone’s first diagnosis or a recurrence after treatment for early stage Breast cancer, it can’t be cured. However, treatment can keep it under control for months at a time and sometimes years. Reality for me is that I will be in treatment for the rest of my life, taking this treatment regimen as long as it keeps the cancer under control and the side effects are tolerable. If it stops working, my oncologist will recommend another option but for the rest of my life, I will have Metastatic Breast Cancer.

Myth #2 People with Metastatic Breast Cancer have a short amount of time left.

While some people mistakenly think MBC is curable, at the other extreme are those who assume it is an immediate death sentence. But there is a big difference between Stage IV incurable cancer, which MBC is, and terminal cancer which can no longer be treated. A person is not automatically “terminal” when he/she gets a metastatic diagnosis. Although MBC may shorten my life, it can be managed for years. Stage IV MBC is not an immediate death sentence. It felt that way at first, but I have now had stable scans for two years without the disease progressing.

“You don’t look sick. Are you sure you have cancer?” Some people with MBC report that they actually look better than they feel when in treatment. They sometimes have to let family and friends know that even though they look fine, they don’t feel fine.

Because MBC is advanced cancer, there is the notion that doctors have to pull out all the stops to fight it. The goal with MBC is control rather than cure. Think of MBC as a marathon rather than a 50-yard dash. Doctors treat earlier stage breast cancer more aggressively because the goal is to cure it – to destroy all of the cancer cells and leave none behind, reducing the risk of reoccurrence as much as possible. With MBC the goal is control so patients can live well for as long as possible.

Myth #5 If you’re diagnosed with Metastatic Breast Cancer you did something wrong or didn’t get the right treatment the first time.

When some people hear “Stage IV Breast Cancer” they assume something must have been missed along the way to let cancer get that far. There is a misconception that breast cancer always develops in orderly steps from stages I to II, III, then IV and that there is always plenty of time to catch it early. Although regular screenings increase the possibility of diagnosing breast cancer at an earlier stage, they cannot guarantee it, nor prevent breast cancer from recurring. Another major misconception: If you are diagnosed with MBC after being treated for an earlier stage breast cancer, you must have chosen the wrong treatment regimen or it wasn’t aggressive enough. This, however, is not true. Between 20% and 30% of people with earlier stage breast cancer will eventually go on to develop MBC and there is often no good explanation as to why. It can happen to anyone. Treatment can reduce the risk of occurrence, but treatment does not eliminate the possibility of recurrence.

Myth #6 Metastatic Breast Cancer is a single type of cancer that will be treated the same way for every person.

The label “metastatic” contributes to the myth that it is one kind of breast cancer. But like earlier stage breast cancer, stage IV can have different characteristics that will guide treatment choices. Treatment options may also consider a person’s age, overall health and whether there are other medical conditions present. 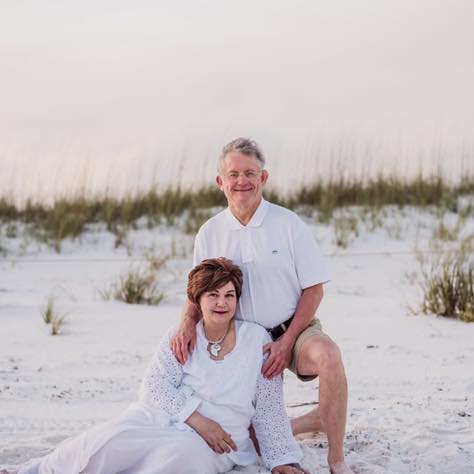 Myth #7 When breast cancer travels to the bone, brain or lungs, it then becomes “bone cancer”, “brain cancer” or “lung cancer”.

Not true. Breast cancer is still breast cancer regardless of where it travels in the body.

Myth #8 If an earlier stage breast cancer is going to recur as Metastatic Breast Cancer, it will happen within 5 years of the original diagnosis.

Ninety percent of MBC diagnoses occur in people who have already been treated for an earlier stage breast cancer. Many are under the impression than remaining cancer-free for 5 years means that a recurrence cannot happen. Recurrence can occur several years or even several

decades after initial diagnosis and treatment.

Myth #9 The mental and emotional experience of people with Metastatic Breast Cancer is the same as that of earlier stage patients.

Finishing IV chemo this second time around was different for me. Yes, there was a “finished” bell for me to ring, but in my heart, I knew I was not finished. The reality is that MBC will remain in the background of my life. My calendar very much revolves around the treatments, scans and doctors’ visits. Even though there is much new hope being offered by new treatment options, there is still much to be researched to change the outcome of MBC. 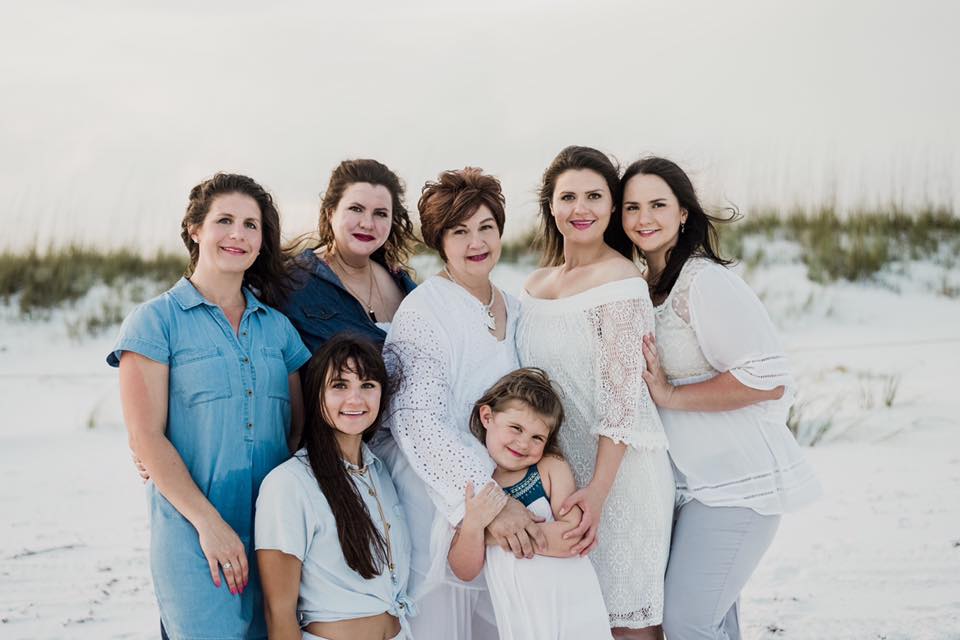 “Breast Cancer, you have taken my hair (twice). You have taken my breasts. You have robbed me of my energy and time. But I will win. I will win this fight not because I beat breast cancer: I will win this fight because you will not take purpose from my life. You will not cause me to have an attitude of defeat. You will not cause me to stop living my life. Breast Cancer–you may one day take my life, but you will never steal my joy, my hope, or my legacy.”

Julie Timm’s is the mother of Courney Timm, owner of Preferred Care at Home of North Broward