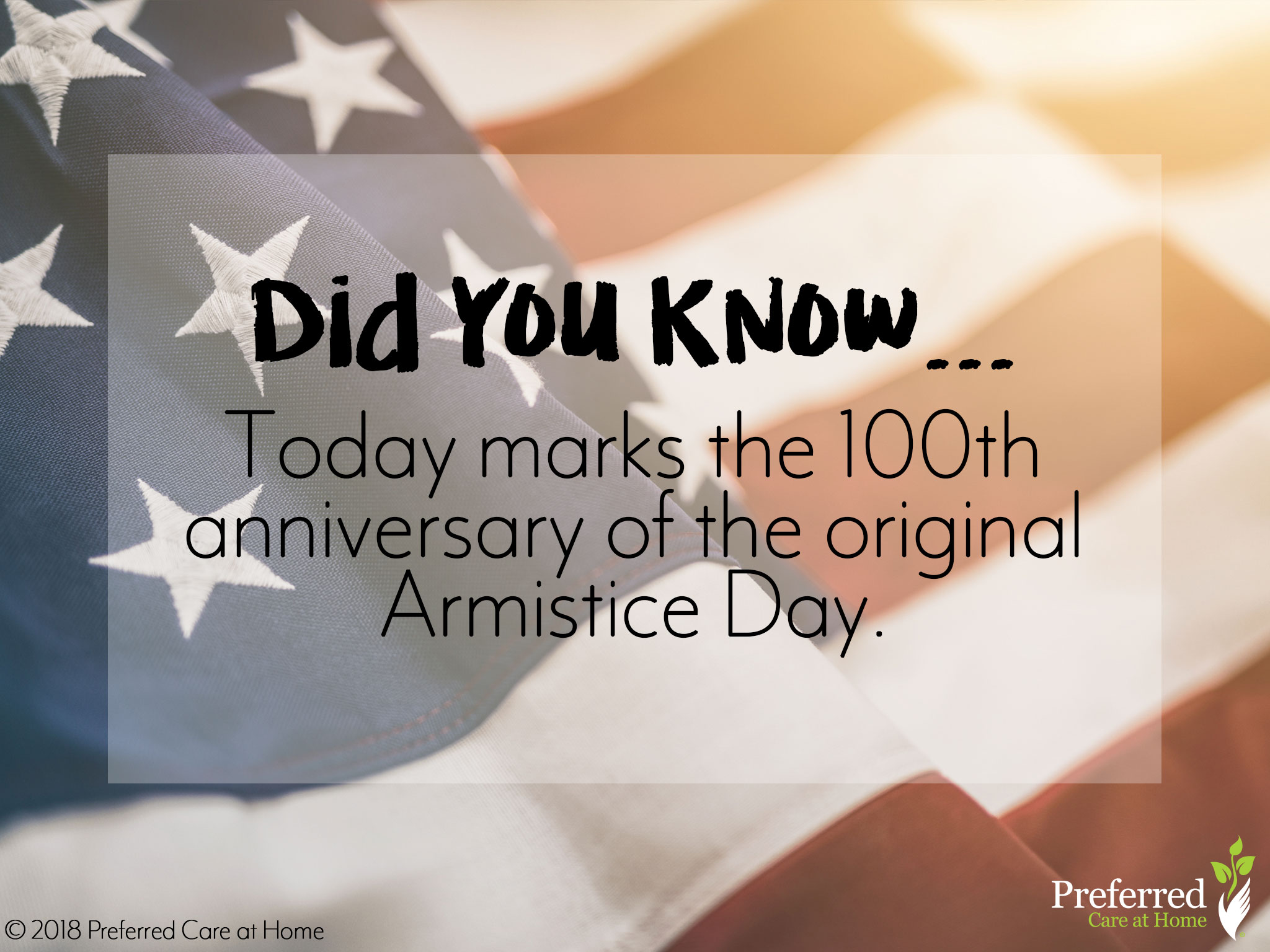 What You Should Know About Veterans Day

“Thank you for your service” is something you may hear me saying to the veterans I come in contact with around the date of November 11. One of those veterans being my brother-in-law, Chad, who served three tours in the Middle East. But beyond my desire to acknowledge and show gratitude to those who serve, I know very little about Veterans Day. Here are some facts about Veterans Day.

World War I, known at the time as “The Great War”, ended on June 28, 1919. However, fighting ceased seven months earlier when an armistice, or temporary cessation of hostilities, between the Allied nations and Germany went into effect on the eleventh hour of the eleventh day of the eleventh month. For that reason, November 11, 1918, is generally regarded as the end of “the war to end all wars”. (Source: VA.org)

Today marks the 100th anniversary of the original Armistice Day.

In 1958, President Eisenhower changed the name from Armistice Day to “Veterans Day”.

While both Memorial Day and Veterans Day are patriotic holidays, Memorial Day honors those who died in the line of duty while Veterans Day pays tribute to all American veterans, but especially gives thanks to living veterans who served their country during war or peacetime.

Do You Know… A Veteran?