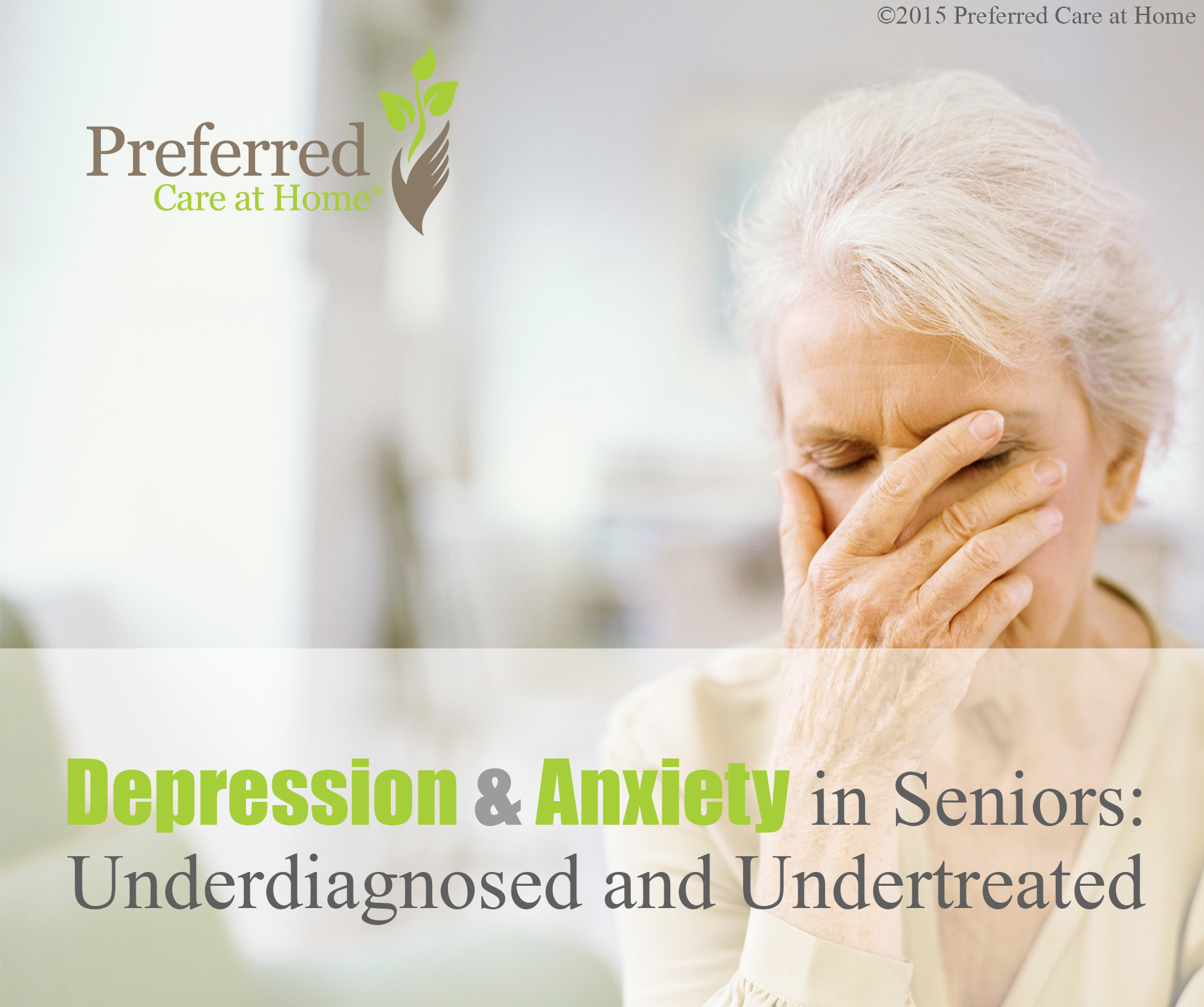 Depression and Anxiety in Seniors: Underdiagnosed and Undertreated

Depression: Not a normal part of aging states the National Institute of Health research. The research goes on to say that depression often co-occurs with other serious illnesses, such as heart disease, stroke, diabetes, cancer, and Parkinson’s disease. Because many older adults face these illnesses as well as various social and economic difficulties, health care professionals may mistakenly conclude that depression is a normal consequence of these problems which is an attitude often shared by patients themselves. These factors contribute to the under-diagnosis and under-treatment of depressive disorders in older people. Depression can and should be treated when it co-occurs with other illnesses, for untreated depression can delay recovery from or worsen the outcome of these other illnesses.

Anxiety: The Anxiety and Depression Association of America states on their current website that research on the course and treatment of anxiety in older adults lags behind that of other mental conditions such as depression and Alzheimer’s. Until recently, anxiety disorders were believed to decline with age but it has been found that this is incorrect and that it is often because older patients are less likely to report psychiatric symptoms and more likely to focus on their many physical complaints. But experts now recognize that anxiety is as common among the old as among the young.

If unsure where to look for help, talk to someone you trust who has experience in mental health—for example, a doctor, nurse, social worker, or religious counselor, or other health care provider such as a personal care company. Ask their advice on where to seek treatment for these issues of depression and anxiety.

If there is a university nearby, its departments of psychiatry or psychology may offer private and/or clinic treatment options. There are usually numerous local organizations that provide mental health, social services, crisis intervention services, hotlines, hospitals, or physicians for phone numbers and addresses. In times of crisis, the emergency room doctor at a hospital may be able to provide temporary help for a mental health problem, and should be able to tell you where and how to get further help.

Above all else, do not remain silent when you identify symptoms that may lead you to believe your loved one is suffering from anxiety or depression. Again seek help, ask questions, and with that help you can identify a plan to support these very under-diagnosed and under-treated conditions.