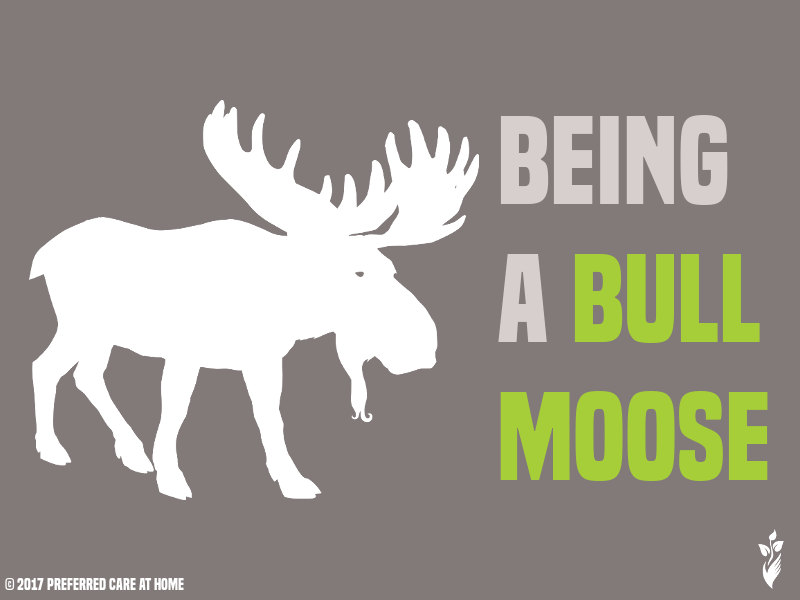 Being A Bull Moose

American history is full of remarkable people committing extraordinary acts. One of my favorite examples took place on October 14, 1912, in Milwaukee.

It involved none other the 26th President of the United States, Theodore Roosevelt, while he was attempting to win back the presidency as a third-party candidate of the Bull Moose Party, which was created by him to challenge the incumbent Republican candidate William Howard Taft.

So, there he was in Milwaukee, on the campaign trail, about to deliver one of his trademark speeches (this one numbering 50 pages or so) when something happens that delays him considerably.

The Milwaukee crowd is waiting for him, getting restless. Roosevelt eventually gets in front of his waiting audience and declares the following iconic opening remarks.

First: “Friends, I shall ask you to be as quiet as possible.”

And then: “I don’t know whether you fully understand that I have just been shot.”

He opens up his jacket and reveals the bloody shirt underneath, adding: “but it takes more than that to kill a Bull Moose.”

After those words, he proceeded to give a 90-minute speech. Only then did he allow his staff to take him to the hospital.

The would-be assassin, an unemployed saloon man named John Flammang Schrank, made his attempt on Roosevelt by sneaking up to him after Roosevelt had finished his meal. Fortunately, the bullet was directed at his eyeglass case and the 50-page speech folded up inside Roosevelt’s jacket, slowing it just enough to save Roosevelt’s life.

To call Roosevelt tough or resilient isn’t enough. He was something else altogether. There was no quit in him. He was going to give his all if he could help it.

That’s a wonderful lesson for us to take away and implement in our lives this October. Whatever maladies, trials, and pain may come your way, know that it takes more than that to kill a Bull Moose such as yourself!