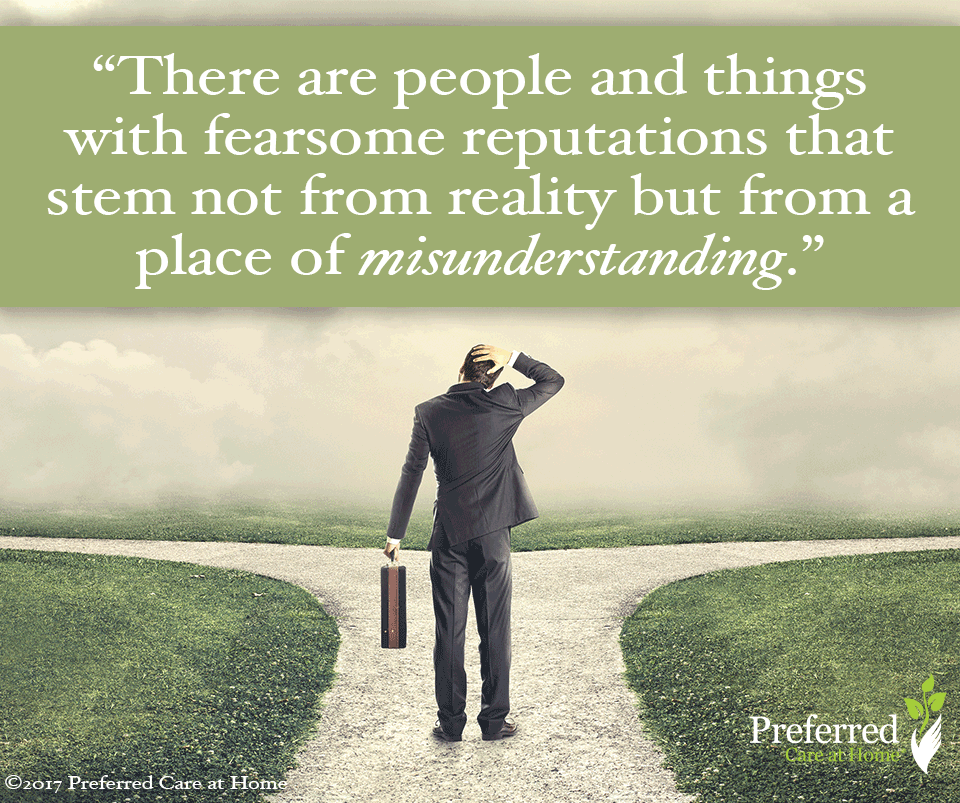 There are people and things with fearsome reputations that stem not from reality but from a place of misunderstanding.

Take the gorilla for example. When they were first introduced to the west, they came with quite the reputation, one of a savage brute – picture King Kong.

The problem of fearing the misunderstood is a common one.; it can surround words and people and things simply because they are uncommon or convoluted. Misunderstood contracts are victims to this reality.

Perhaps the biggest difference between misunderstood contracts and the Gorilla is one can seem scary while the other can seem hairy and scary.

But the common denominator is that they’re both seem scary.

Gorillas are huge and have sharp teeth and pounds and pounds of muscles – it’s understandable why that can appear to be scary, but why do contracts scare people? Is it because when the word is addressed, one is normally entering a great commitment like a lease or a home purchase? Or is it because the big companies of our time demand that we enter into those dreadfully long contracts with their powerful attorneys?

Last year, when I was a first-year law student, the class “contracts” petrified me. Long documents with a robotic syntax and the potential to alter one’s life. But like the lay person, I too had misunderstood contracts.

August 22nd , 2016, I walked into my first contracts class like an animal drifting into a waterfall that falls into an endless abyss of mist. Thankfully, I wasn’t the only one. Among my peers, there were pale faces all around the room waiting for the lecture to start.

That all changed thirty minutes into the lecture. Professor Jimenez at Stetson College of Law started to clear the ambiguity surrounding contracts, my fear then turned into understanding and appreciation.

With simple examples, he showed me that a contract isn’t anything more than an everyday tool to make this happen seamlessly. A tool to describe the details of any given trade or promise that one can make with another person or entity.

Does it have to be in writing?

One of the most common misconceptions about contracts is that it has to be written and signed by both parties. Oral agreements and contracts can also be enforceable and binding.

Although there can be more to a contract, those extras mainly work as a safety net to get exactly what you want from the deal – especially when the person you’re entering into an agreement with doesn’t follow through on their part of the deal.

The extras in a contract will also help the court should they need to get involved, as the court can follow the parameters of the contract as intended by the parties. So even though it can be an oral contract, a written one is highly recommended so there’s evidence. Otherwise it’s one person’s word against the others in which a court will not take a chance and recuse themselves from the conflict.

There are other formalities such as naming the parties and defining all terms of usage. This not only helps the courts but also prevents misunderstandings when the contract is being made. This can seem obvious, but misunderstandings happen more often than most people presume.

Take the case Frigaliment Importing Co. v. B.N.S. Intern. Sales Corp for example. In this case, two companies negotiating on chicken became an exemplary case for law students because of the word “chicken.” For one party the word meant what one would assume it normally denotes—the yummy chicken one eats. Whereas to the other party it meant a lower quality of chicken that would be worth a quarter of the price of the norm. Not defining the word chicken for what they intended it to mean cost both parties hefty attorney fees, and one party a significant loss. When a court doesn’t know what the parties had agreed on, then they resort to default rules.

Default rules are the ways that courts rule in contract disputes. But more often than not, these default rules go against the intentions of both parties. It’s essential for a party to include the formalities and even have an attorney review it for maximum protection. Most importantly, if you want something specifically, or are afraid of an issue arising, make sure to disclose it! You want to tailor the rules of the game to how you want it. (It’s sort of like monopoly. A group of people can always play by house made rules. But if those rules are never established and agreed upon into detail, then they’ll have to resort to the instructions.)

Misunderstandings are inevitable. Especially nowadays when countless of words are homonyms (words that can mean more than one thing).

Say a married man, who has lived in the mountains all his life, visits a city to buy a tinderbox (something used to start fires). Being unfamiliar to the area, he approaches and asks a young man to help him find what he’s looking for. The young guy takes the money and signs him up on Tinder (the dating application). After getting the login information, the married mountain man feels duped because he paid for a dating app when what he really wanted was the means to make fire. He asks for his money back, but the young guy refuses because “they had a deal.”  The fictional court in the case of Mountainman v. Young guy would likely look to see how the word tinder is most commonly referred to – and maybe other similar ancillary factors. If the parties wrote or properly defined what they actually wanted, it would’ve cleared the ambiguity from the beginning and prevented the dispute entirely.

The bigger the deal or trade, the more careful you should be when drafting the contract. So when a deal involves a lot of money, you should add in formalities and details to mitigate any sort of discrepancy. So, if you’re hiring a service or buying goods, the help of an attorney or an established entity in the service can be of a priceless service to create the perfect contract.

Home  care companies for example have written contracts that have been formed over years of experience so that hiring a caregiver can make the agreement amongst the parties easy to execute.

Misunderstood contracts don’t deserve the same fate as King Kong. Now that the ambiguity is gone, it’s your tool to use!